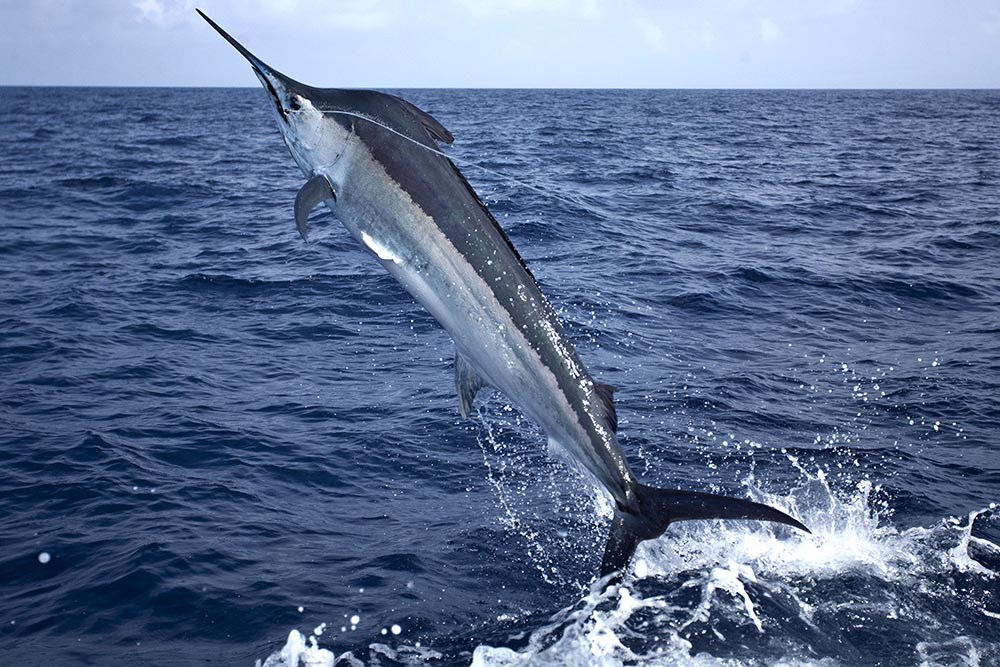 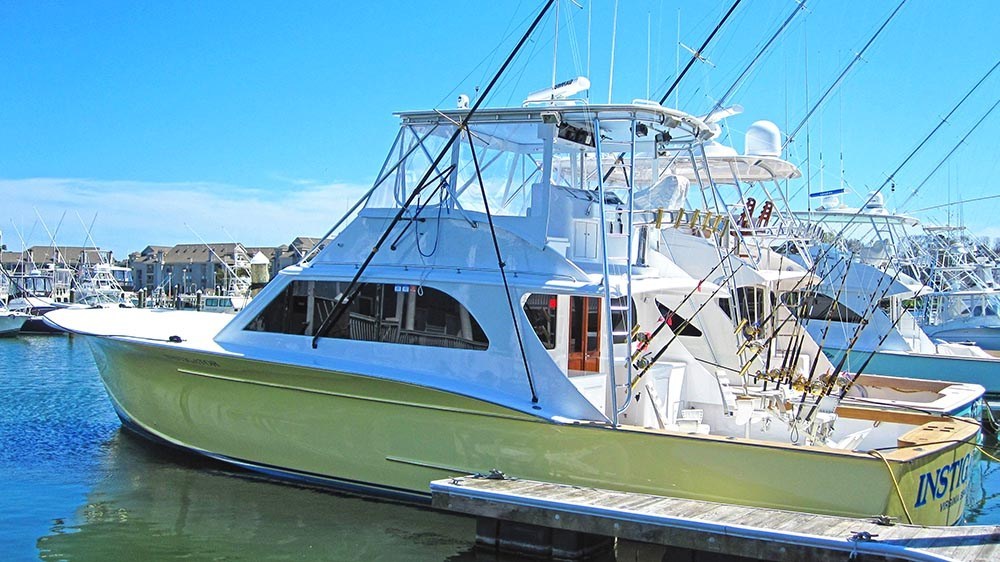 North Carolina is known for some of the best off shore sportfishing in the country. There are many factors that contribute to this title. For starters, the Gulf Stream is just a short distance from the Outer Banks. At only 20 miles or so from land, the warm waters of the Gulf Stream collide with the cool waters of the Labrador Current making it one of the richest marine environments in the world. Here you will find a number of fish species prime for the picking. Although certain times of the year are better for different species, North Carolina’s unique climate keeps fishing a world-class destination year-round. Some of the most popular and sought after species include, but are not limited to:

Mahi mahi aka dolphin are some of the most beautiful fish you’ll encounter out in the open water. With hues of vibrant greens and blues, these fish are sure to wow even the most seasoned angler. Dolphin are a very fast growing fish, thus cutting their lifespan down drastically- with most only living to about the age of five. Once hooked, they tend to put on an acrobatic display as they dart and leap out of the water. Larger fish, up to 80 lbs., travel with just a couple others, but smaller fish tend to school in much larger groups. Look for floating sargassum grass and other debris; here you are likely to find Mahi. Their meat is firm, white and flaky, making it a highly sought after sport fish.

King Mackerel can be found from the beach to all the way out to the Gulf Stream. These toothy fish can reach size in excess of up to 50 lbs. and are ferocious fighters. Although their meat is oily, they make great table fare in the form of steaks. These steaks are often grilled, fried or smoked. Kingfish are a popular fish to target since they can be accessed via smaller boats, even kayaks, due to their close proximity to shore.

Wahoo, not to be confused with its cousin, the King Mackerel, is a highly sought after game fish. Not only for their ability to smoke the drag, but their meat is some of the best out there. In fact, the Hawaiian word for Wahoo is Ono, meaning good to eat. Wahoo average between 30 and 60 pounds, have a unique striped pattern, several small razor sharp teeth and leap out of the water- making them one of the most exciting fish to target.

Tuna. Who doesn’t love tuna? Yellowfin Tuna is world renowned for their meat, but catching one is just as rewarding. It is not uncommon to catch several at one time. When trolling for tuna and you find a school, all rods will get hit and chaos ensues. They make great wide circles when hooked and never seem to want to give up, constantly digging. They also can get big. Although not common, some can reach in upwards of 200 pounds, but the average size is around 40 pounds.

Everyone wants to catch a billfish, and there are no shortages when fishing the Gulf Stream. The Atlantic Sailfish is the smallest of the billfish species, but what they lack in size, they make up for in range; you never know when or where you’ll pick one up. The sailfish also tends to hunt and feed in packs, so finding one often results in more to follow. Be careful not to confuse the Sailfish with marlin; whites and blues. The White Marlin also hunts in packs, but is much smaller than their larger cousins, the blue marlin. However, their aggressive nature, aerial display and beautiful colors rank them right up there with some of the more fun fish to catch.

If you’re really looking to step your game up, then you’re going to want to tangle with the king of the ocean, the Blue Marlin. These behemoths can reach in excess of 1,000 lbs.! Their size and brute strength has the Blue Marlin topping everyone’s list for the ultimate big game sportfish. Finding one of these trophy catches is no easy task. They tend to hunt alone, so targeting the Blue Marlin takes patience and big baits. But when it happens, you’ll quickly become the envy of not only your friends, but every fisherman in the world!

Fishing for these deep sea species takes expertise, time and dedication. Hiring a professional guide that has that knowledge and gear makes it that much easier. Instigator Sportfishing Charters has exactly that. Let ISC give you a trip, and fish, of a lifetime by taking you out for some of North Carolina’s finest sportfishing.