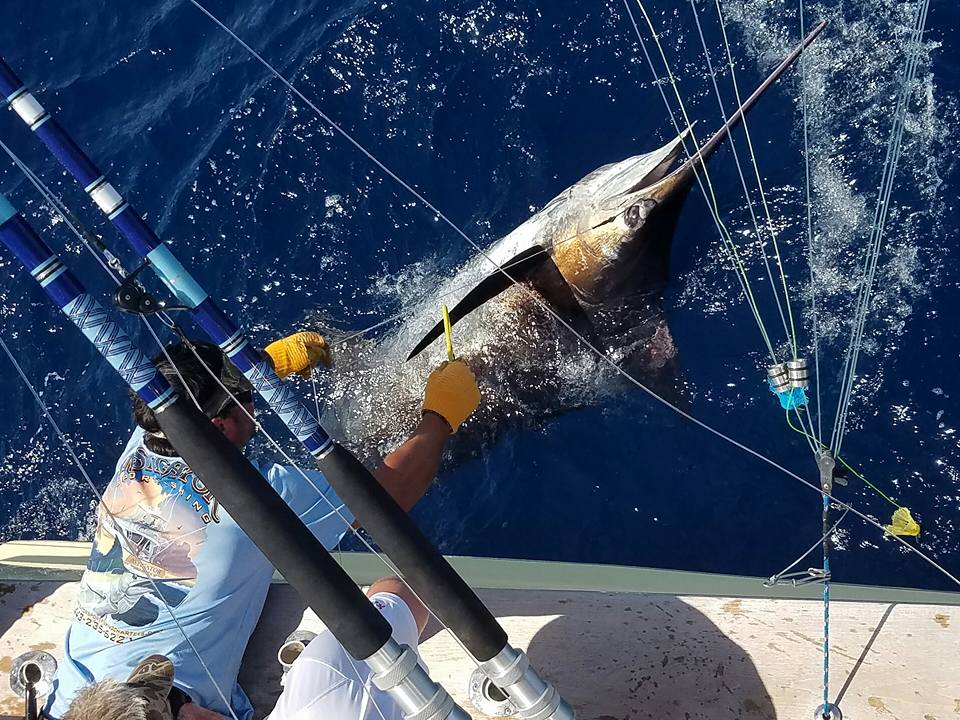 It’s summertime in Virginia Beach which makes for the perfect time to come bag your sailfish. During this time of year here off the coast of Virginia Beach, sailfish can be found anywhere from near shore all the way out to the Gulf Stream on their annual migration north. In fact, the mid-Atlantic region is considered one of the top places to have a shot at catching the fastest fish in the ocean and with having a healthy population; your shot is a good one! It is not uncommon to have several hook-ups within a day out on the water. But what makes these fish in particular such a popular targeted game fish?

For starters, their population is abundant throughout their range and considered to be very stable; so stable in fact that there are currently no special statuses or protection in place. The fact that their meat is fairly tough and not widely sought as table fare helps keep the number of fish released back into the wild up thus helping keep their population up and in good numbers.

Although sailfish are found within tropical and temperate waters throughout the world, the Gulf Stream of the Atlantic Ocean provides a sort of highway system for these migratory fish with ample opportunity for feeding along the way. It’s no wonder why the sailfish congregate here during the summer months. The fact that Virginia Beach is only a mere 15 miles or so from this highway makes it the ideal location to launch from. This cuts down the run time significantly which makes for more time to fish.

Not only are sailfish the fastest fish in the ocean with clocked speeds reaching nearly 70 mph, they are one of the strongest fish for their size. With average sizes ranging from 30 to 60 pounds with larger ones coming in at just below that 120 pound mark, sailfish have the brute strength, lightning speed and aerial acrobats that all hardcore sport fishermen look for. With the good numbers and ideal conditions, hooking-up with numerous sailfish a day is sure to wear out even the most seasoned angler. You know it’s been a good day out on the water when your arms are jelly at the end of it.

Captain Josh Wentling here at Instigator Sportfishing Charters has over 25 years experience fishing the waters off of Virginia Beach including multiple major tournaments. With this type of success it is no secret that Captain Wentling knows what it takes and where to go for the ultimate prize. If sailfish is your prize, then contact the man, the myth, the legend himself for the most memorable, pleasurable, educational and of course, successful day out on the water. You better hurry though, summer won’t last forever!